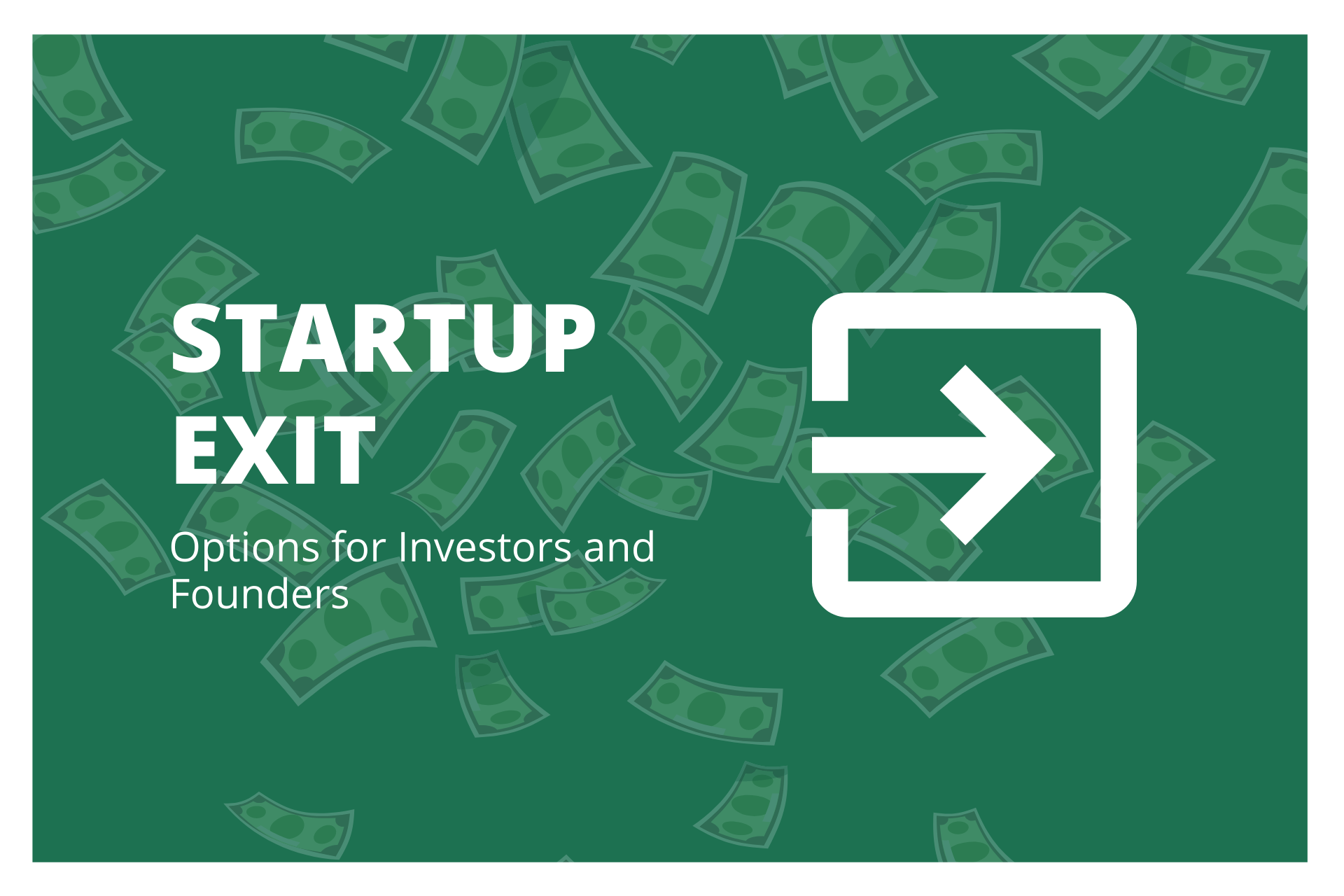 Investors put their money into businesses with one goal in mind: to make a profit.
‍

The second point should be grasped by entrepreneurs seeking investments, as it may effect their relationship with investors. Venture capitalists, business angels, and other types of investors do not look for an exit in the first few years of a startup, but by year 5 to 10, they are likely to get concerned if a liquidation event is not imminent.

So you might be wondering, what are the exit plans and possibilities for companies and investors? Let's go over them now.

Startups and investors have exit alternatives.

The most common exit plan for startups is to sell the firm for a profit to a larger corporation. The same is true for investors.

The buyer acquires the startup in exchange for cash or stock, and senior executives and employees from the startup frequently remain at the company for a length of time in order to cash out and vest their stock. Exits provide funds to startup investors, who can subsequently reinvest it in their limited partners (in the case of Venture Capitalists) or in the investors themselves (in the case of business angels).

Startup purchases are far more common in the United States than in Europe, although there has recently been a considerable increase in the number of European acquisitions. Buying an existing company bring several benefits that we have already consider previously.

Acquihires (acquisition + hiring) are a different sort of acquisition that is quite frequent in Silicon Valley. In this instance, the buyer is more interested in the team, the talent, and it is also crucial to have a development partner with a scalable team. Acquihires frequently result in the closure of acquired products and services, and employees who are transferred to a firm typically receive hefty hiring bonuses.

Let's try our luck in the stock market: IPO as a method of exit
‍

There comes a point in the life of a mature and established technology company when raising additional funding from venture capitalists or private equity firms is no longer an option. So, what happens next? An initial public offering (IPO).

The term IPO stands for ‘initial public offering,' and it basically indicates that a firm begins trading on a stock exchange, selling a significant number of its shares to institutional and non-institutional investors. These enormous enterprises are what venture capitalists dream about, as they frequently deliver significant sums of capital to all parties involved (founders, early employees and investors).

For a long time, the NASDAQ and Wall Street were the primary markets for European firms seeking to go public. However, in recent years, firms such as eDreams Odigeo, Zalando, and Rocket Internet have chosen to go public on the Madrid, Frankfurt, or London stock exchanges.

When it comes to going public, one interesting trend in the startup sector is that more and more companies are taking longer to IPO. This is due to the abundant funding accessible in the startup market from venture capitalists, private equity firms, and other investment organizations.

These transactions, often known as mergers and acquisitions, typically involve a merger with a similar and larger company. This sort of exit is frequently selected by large corporations seeking complementary capabilities in the market, and purchasing a smaller company is a better approach to build a product than developing it in-house.

M&As are less common than IPOs and straight purchases; in Europe, there were only four mergers and acquisitions in the first half of 2014.

Selling a startup is not the same as milking the cow.
‍

Companies that can create a solid business strategy and scale may choose to remain independent and reinvest profits back into the organization. Part of those gains can also be delivered as a dividend to investors, giving liquidity to outside partners but avoiding the public markets and the commitments that come with it.

The big question: when is it appropriate to exit?

This is a common question raised at investor and startup conferences and private meetings. When should I sell my business? When is the best time to start looking for buyers? When should I, as an investor, begin looking for a return on my investment?

And the truth is that there is no one-size-fits-all solution to any of the above. Startups want to sell for the most money feasible (as do investors), and buyers want to spend the least amount of money feasible, so both parties must strike a balance. Common sense dictates that in order for companies to optimize their selling price, they should seek an exit when their growth rates are high rather than when they are extremely profitable.

According to Business Insider, “lower-valued startups take less time to scale and less VC money to feed, which means founders will likely own bigger percentages of their companies when they sell.” This means that these founders may be better suited selling for €20 million when they possess a significant portion of the firm rather than waiting for a €200 million price tag, as they may only hold a small fraction of the stock by then.

Every entrepreneur and investor should analyze the circumstances of their business before making a decision. There is no magic recipe, but what is certain is that entrepreneurs and investors will want an exit sooner or later.

No items found.
Subscribe to our newsletter
Thank you! Your submission has been received!
Oops! Something went wrong while submitting the form.